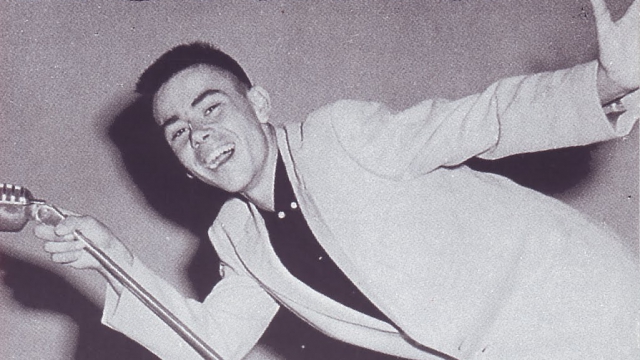 “Rock music” is an umbrella term that covers a wide range of styles created since the mid-1950s, with antecedents that date back for decades. Louisiana has made vital contributions to rock since its inception. Four famous musicians are generally thought to comprise rock’s conceptual “Mount Rushmore” and two of them – Fats Domino and Jerry Lee Lewis – are Louisianans. A third member of this theoretical pantheon, Little Richard, recorded his breakout hits in New Orleans with the city’s best session musicians and his career might not have taken off otherwise. The fourth major father figure/progenitor of rock, Chuck Berry, used Louisiana as the evocative setting for his classic song “Johnny B. Goode.”

A significant amount of Louisiana rock music has clearly discernible roots in such bedrock genres as blues, country/rockabilly/western swing, gospel, R&B, funk, and Cajun/zydeco. Current artists who explore this approach include such veteran performers as Tommy Malone and the New Orleans Suspects. Besides Domino and Lewis, a retrospective sampling of other prominent and historic Louisiana rock artists with an indigenous sound include Tony Joe White – who scored a major hit with “Polk Salad Annie” in 1969 – and Randy Newman, a California-based songwriter with family roots in New Orleans. Newman’s piano style strongly recalls both Domino and Jelly Roll Morton, while the lyrics to his song “Louisiana, 1927” feature the refrain “They’re trying to wash us away” which served as both a dirge and an anthem in the aftermath of Hurricane Katrina.

While White and Newman’s songs have frequently been recorded by other major artists, some traditionally rooted Louisiana rock musicians are more idiosyncratic and, accordingly, less likely to be “covered,” to use music-business parlance. In 1968, the Baton Rouge-based band, John Fred and the Playboys, topped the national pop charts with “Judy In Disguise (With Glasses).” The song had obvious British Invasion connections, both sonically and, in terms of its title, as a play on The Beatles’ “Lucy In The Skies With Diamonds,” but the piano parts and horn arrangements for “Judy In Disguise” came straight out of south Louisiana R&B.

In Lake Charles, the bluesy crooner Phil Phillips achieved national success in 1959 with the plaintive, soulful “Sea of Love.” A dozen years later, the style of music epitomized by Phillips was retroactively dubbed swamp pop – a somewhat loose term that denotes a South Louisiana blend of R&B and rock, with a Cajun/zydeco tinge. (Rhythmically speaking, the two-step tempo that is highly popular in Cajun music and zydeco is strongly similar to a fast rock and roll beat.) Phillips’ “Sea of Love” reappeared as the title of a popular 1980s movie, with a new rendition by a group called The Honeydrippers, led by the singer Robert Plant of Led Zeppelin. This saga has continued into the new millennium with the emergence of the swamp-pop “super group” Lil’ Band ‘o’ Gold from Lafayette. This all-star aggregation has brought swamp-pop to broad new global audiences as the opening act for Robert Plant’s 2013 tour. At this writing, the group’s founder, guitarist and producer C.C. Adcock, is contributing original songs and recordings, many with a swamp-pop flavor, to the HBO television series True Blood.

During the Cajun music and cultural renaissance that began in the 1970s, activist performers such as Zachary Richard often used rock aesthetics and song structures to push the cause of French-language advocacy. This approach, plus Richard’s live-wire stage presence, earned him the nickname “The Cajun Mick Jagger.” In the 1980s, the Bluerunners adapted a similarly multi-cultural, if less political approach. The current generation of young Cajun bands, most notably the Lost Bayou Ramblers, devote part of their repertoire to a loud, aggressive, hard-rock sound, while still singing in French. In the related field of zydeco, during the late 1960s and 1970s, accordionist Clifton Chenier expanded his audience by performing in California with then-prominent rock guitarists Steve Miller and Elvin Bishop. This zydeco/rock interaction came full circle in 1986 when the prominent songwriter/vocalist Paul Simon recorded a song for his Grammy-winning Graceland album with accompaniment by zydeco accordionist Rockin’ Dopsie. This exchange of ideas continues in the appearance of mainstream rock hits in the respective Cajun/zydeco repertoires of Wayne Toups and Terrance Simien.

Louisiana rock artists with such strong regional identity have achieved more commercial success than those whose generic sounds are more obviously influenced by national trends. This is not always the case, however. Longstanding bands such Zebra and Lillian Axe, and younger groups including Goatwhore, reflect the ongoing popularity of heavy metal in Louisiana. Mainstream rock has been expertly played by such nationally popular Louisiana bands as Dash Rip Rock, Cowboy Mouth and Better Than Ezra. During the 1970s and 1980s, the broad alt-rock genre manifested in New Orleans via such bands such as Royal Fingerbowl, the Song Dogs and the Continental Drifters. Recent years have seen them followed by the likes of Mutemath, the electronic artist Quintron from New Orleans, and the Lafayette-based band, Givers. From its deepest roots to the latest permutations, Louisiana rock music consistently demonstrates prowess, passion, and great creativity.