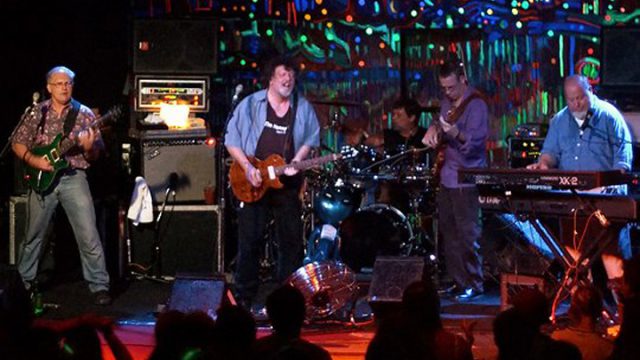 The Radiators, also known as The New Orleans Radiators, were a rock band from New Orleans, Louisiana, who combined the traditional musical styles of their native city with more mainstream rock and R&B influences to form a bouncy, funky variety of swamp-rock they called fish-head music. Described by OffBeat magazine as “New Orleans’ longest-running and most successful rock band,” The Radiators had only limited commercial success, with only a handful of chart appearances, but, as a party band from a party town, their enthusiastic live performances, danceable beats and relentless touring earned the band a dedicated following and the admiration of many of their peers. In a feat of continuity rarely seen in the rock music world, the five-man line up in the year of their breakup (2011) is the same one as when the band formed in 1978.

The Radiators had a repertoire which included over 300 original songs—many never released on album—and over 1,000 covers (or partial covers used as part of a medley). With the band’s approval, over 500 concert recordings have been made available for free (for non-commercial use) on the Internet Archive.
On June 10, 2011, at Tipitina’s in New Orleans, LA, during the second of their final three concerts, The Radiators were inducted into The Louisiana Music Hall of Fame.