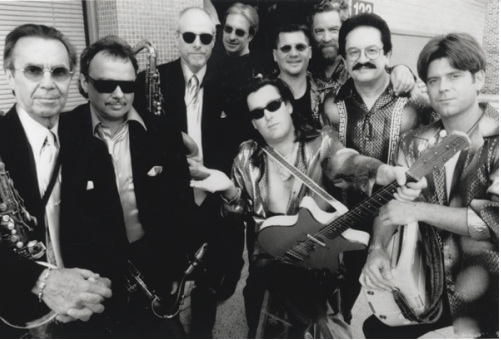 Swamp pop is a hybrid of rock, pop, blues and rhythm & blues performed by Cajun and Creole musicians. It overlaps with Cajun music, zydeco and south Louisiana “swamp blues,” underscoring the porous nature of musical boundaries and the futility of separating music into neat, precise categories. Swamp pop emerged during 1950s and 1960s and has maintained a loyal core following ever since – either despite or perhaps precisely because its repertoire has barely changed.

There is an active, popular circuit of swamp pop clubs around south Louisiana where patrons dance all night to renditions of hits from five decades past. This material is played with a freshness and gusto that belies the age of the songs, the performers and the crowds that fill the dance floor. It is possible to spend an entire Saturday night at such venues and never hear any song that was first recorded after 1965. These gatherings, as opposed to self-conscious “oldies” parties, reflect the best aspects of Louisiana as a cultural time warp where national trends have little relevance.

Swamp pop, in terms of song structure, is identical to the pop, rock, and R&B heard around America in the ‘50s and ‘60s, as performed by the likes of Fats Domino, Chuck Berry, Sam Cooke, Bobby Bland, Elvis Presley and Roy Orbison, among many others. Another important source is the classic country music of such vocalists as Hank Williams, George Jones, and Conway Twitty. Many songs by all the aforementioned artists are cornerstones of the swamp-pop repertoire. Many swamp-pop songs originated in Louisiana and in some instances, these latter numbers can be identified by the presence of an accordion and/or vocals in French – as heard, for example, on Belton Richard’s “Une Autre Soir D’Ennui,” a regional favorite that is unknown elsewhere. But many Louisiana swamp-pop songs are sung in English with standard instrumentation. In these cases, the trait that distinguishes them from America’s mainstream is an intangibly plaintive and emotional approach to singing.

The term ‘swamp pop’ was coined retroactively, in the 1970s, by British music journalist Bill Millar. The musicians who first played what came to be called swamp pop had no idea that they were doing so nor did the record-buying public whose enthusiastic response brought national-hit status to several swamp pop songs, although they were not known as such. The most successful of these was “Sea of Love,” a 1959 recording by Phil Phillips. In the 1980s,“Sea of Love” reappeared as the title of a popular movie. A newly recorded rendition of “Sea of Love” by a group called The Honeydrippers, led by singer Robert Plant of Led Zeppelin, served as the film’s theme song.

Other national-hit swamp-pop songs include Bobby Charles’ “(See You) Later Alligator” (1955), Rod Bernard’s “This Should Go On Forever” (1959), Slim Harpo’s “Raining In My Heart” (1961), and Dale and Grace’s “I’m Leaving It Up To You” (1963) and “Stop and Think It Over” (1965). (Slim Harpo is classified as a swamp blues artist, rather than categorized in swamp pop. Most working musicians do not care about such perceived stylistic divisions and are simply concerned instead with being fully and promptly paid.) The most recent national-level success of swamp pop occurred in 1975 when Freddie Fender, a bilingual Tex-Mex singer who had strong ties to south Louisiana, reprised two songs from the early days of his career – “Wasted Days and Wasted Nights” and “You’ll Lose A Good Thing.” The latter was written and first recorded by R&B singer and guitarist Barbara Lynn, who is also renowned for “(Oh, Baby) We Got A Got A Good Thing Going” and “You Left the Water Running.”

National success aside, many swamp songs are perennially popular only in South Louisiana. Notable among such numbers are “Mathilda” (1958) and “Got You On My Mind” (1963) by Cookie and the Cupcakes, “Irene” (1956) by Guitar Gable, “Emmitt Lee” (1957) by Carol Fran and Rod Bernard’s “This Should Go On Forever” (1959). Swamp pop also has important historic and cultural significance because during an era of strict segregation many of its classics emanated from integrated recording sessions. Warren Storm, a white drummer, played on swamp blues classics by Lightnin’ Slim, a black guitarist from Baton Rouge. These musical colleagues were legally forbidden from sharing the bandstand at public performances despite their closed-door collaborations.
Venerable, first-generation swamp-pop artists such as Warren Storm, T K. Hulin, Tommy McLain, G G. Shinn and Carol Fran still give strong performances. Younger artists such as Don Rich and the Creole String Beans proudly carry the swamp-pop torch. Lil’ Band ‘o’ Gold, an all-star group based in Lafayette, bring classic swamp-pop to global audiences, both as headliners and as the opening act on Robert Plant’s 2013 tour. Swamp pop is programmed full-time on several south Louisiana radio stations. Swamp pop will get future generations out on the dance floor, proudly unchanged but as vibrant as ever.