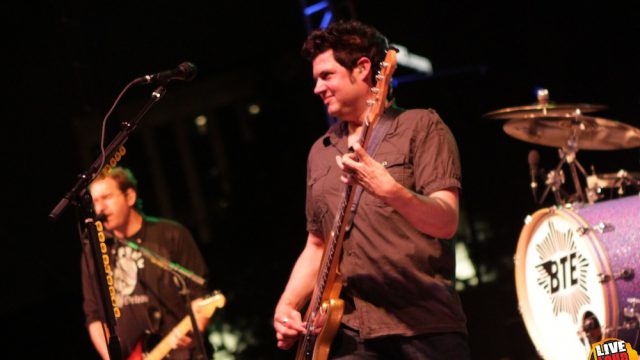 Better Than Ezra was formed in 1988 by its four original members – vocalist and guitarist Kevin Griffin; Joel Rundell, the lead guitarist; bassist Tom Drummond; and drummer, Cary Bonnecaze. All four members were attending Louisiana State University at the time of Better Than Ezra’s formation. Better Than Ezra’s first public performance was at Murphy’s in Baton Rouge, Louisiana, also in 1988. Though many theories abound, the band refuses to disclose the origin of its name. One theory is that it comes from a line in Ernest Hemingway’s novel A Moveable Feast, in which Hemingway describes a particularly annoying sound as “…no worse than other noises, certainly better than Ezra learning to play the bassoon.” Fans of the group often refer to themselves as Ezralites.

Better Than Ezra circulated a demo cassette tape later in 1988, the Chimes Street Demo. While not an official release, this demo is sought-after by the band’s fans, and traded by collectors. In 1990 the band released a cassette-only album, Surprise.

Joel Rundell, the band’s lead guitarist, committed suicide on August 8, 1990. The remaining three members of the band took some time off to reassess its future following Rundell’s death. However, Griffin, Drummond and Bonnecaze reunited Better Than Ezra as a trio by the end of 1990. The trio continued playing house parties and fraternity shows across southern United States during the early 1990s.

The band released its first nationally-distributed album Deluxe in 1993 on its own indie label, Swell Records, which caught the attention of major record labels and radio. Better Than Ezra signed with Elektra Records in 1995. Elektra Records rereleased Deluxe in 1995 and the single, “Good,” reached the No. 1 position on the Hot Modern Rock Tracks chart which helped push the album to platinum record status by the end of 1995.

Success came quickly to Better Than Ezra. Tom Drummond commented later in a 1998 interview with CNN, “It took us seven years to get signed, and then seven weeks to get to No. 1.” when describing the overnight success of Deluxe and its single “Good.”