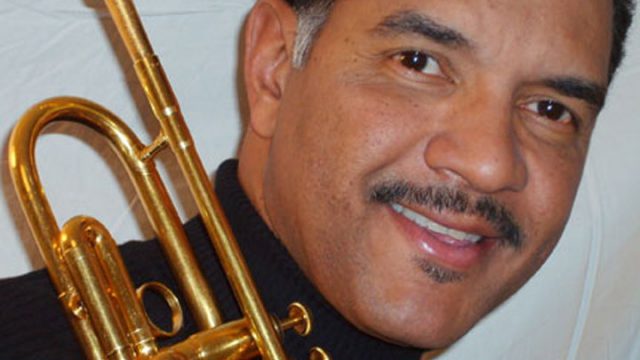 Wendell Brunious (b. October 27, 1954, New Orleans) is an American jazz trumpeter and bandleader. Born on October 27, 1954, Wendell Brunious was born into a Louisiana Creole family, the son of Nazimova “Chinee” Santiago and John “Picket” Brunious, Sr. who was a trumpeter who studied at Juilliard, played with the Onward Brass Band, Young Tuxedo Brass Band, and Paul Barbarin, and arranged for Billy Eckstine and Cab Calloway. Brunious’ brother was John Brunious, Jr., another notable New Orleans jazz trumpeter and a predecessor as bandleader of Preservation Hall Jazz Band, and his nephew is Mark Braud, a successor as bandleader of Preservation Hall Jazz Band.

Brunious sang in Chief John and the Mahogany Hall Stompers in the 1960s, a group in which his father was also a member. He began on trumpet at age 11 and played at Paul Barbarin’s funeral. He studied at Southern University (where he played with Danny Barker) and played dance music in clubs on Bourbon Street in the middle of the 1970s.

In 1976, Brunious subbed in for his father in Albert “Papa” French’s band for Mardi Gras, and by 1979 was playing regularly at Preservation Hall with Kid Thomas Valentine. He was named leader of the group upon Valentine’s death in 1987. He also played with the Eureka Brass Band (1980), Lionel Hampton (1981), Linda Hopkins (1984), and Sammy Rimington (1984). He played with Louis Nelson in 1987-89, and did recordings with the Caledonia Jazz Band of Norway in 1985 and 1987. His first record as a leader came in 1986, which featured Nelson, Rimington, and Barry Martyn as sidemen. He later played with Dr. Michael White, Chris Barber, Papa Don Vappie, Bob Wilber and the Pfister Sisters. He remained a regular performer at Preservation Hall into the 2000s.