The Archive of New Orleans Jazz (renamed the William Ransom Hogan Archive of New Orleans Jazz in 1974) at Tulane University was established in 1958 with Ford Foundation funding to initiate an oral history fieldwork project gathering the stories of the men and women who contributed to the development of jazz in New Orleans. The principal interviewers were Bill Russell (the Archive’s first Curator) and Richard B. Allen (his successor), but over time they were assisted by others, including Paul Crawford, Ralph Collins, Marjorie Zander, Barry Martyn, and Lars Edegran. The Ford Foundation provided $161,000 for the project, which continued into the 1980s. In 2006, following Hurricane Katrina, the Grammy Foundation made $40,000 available for the digital transfer of the open reel audio tapes that had been generated by the Ford grant, comprising 602 discrete interviews ranging from 6:37 to 35:10:57 in duration on 1,222 CD-Rs. Digital transfer for preservation and access was the first step towards completion of the final objective—an open-source database of interviews that would provide access to images, transcripts, and audio files in one location. In 2011 the non-profit Music Rising provided the funding needed as part of the Musical Cultures of the Gulf South curriculum. Music Rising has enabled realization of our dream of providing this content not only to the inter-disciplinary researchers who populate the field of jazz studies, but also to the young people of New Orleans, particularly students in regional secondary schools, who need to know about the achievements of their illustrious ancestors. Following the precedent set by Alan Lomax in his Library of Congress interviews with Jelly Roll Morton in 1938, in 1958 Tulane University was the first academic institution in the country to recognize the importance of what New Orleans jazz musicians had accomplished in the creation of jazz by systematically collecting their stories. Now this material is available to anyone with an interest in jazz history worldwide, providing insights into how jazz originated and developed—a window to the soul of New Orleans. 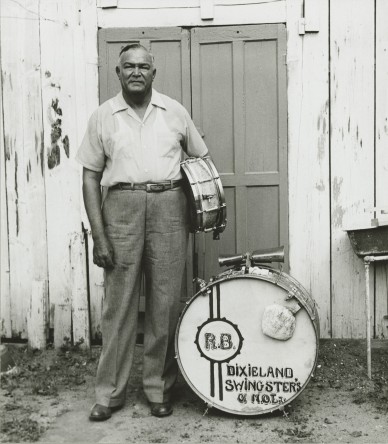 Getting To Know The Hogan Jazz Archive

Bruce Raeburn, curator of the William Ransom Hogan Archive of New Orleans Jazz at Tulane University, discusses the 1958 origins of the Hogan Jazz Archive, the leading research center for the study of New Orleans jazz and related musical genres.

Please check back soon as we are currently updating our offerings of oral histories from the Hogan Jazz Archive.