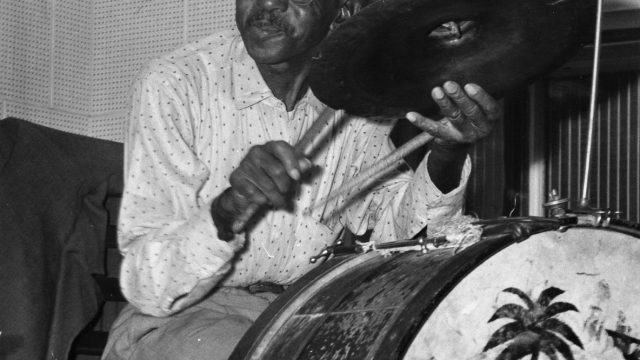 Bass drummer and harmonica player Dave Bailey (1895-1974) began playing on tubs, tin cans, and boxes, before working professionally with Celestin’s Tuxedo in the 1910s and with Chris Kelly, Jack Carey, and Punch Miller in the 1920s, then later with Evan Thomas in the early 1930s and with the Emergency Relief Administration Band in 1934. During the 1950s he performed on both bass drum and snare with the E. Gibson Brass Band and in the 1960s was a member of the Crescent City Crystals with Sylvester Handy.