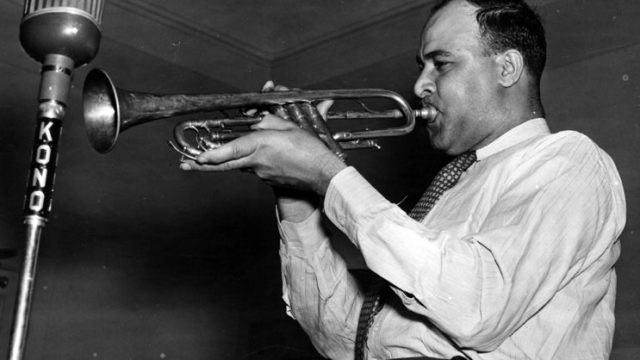 Born in New Orleans as Albert Dominique, Don Albert (1908-1980) was a jazz trumpeter and bandleader who was the nephew of the Afro-Italian trumpeter Natty Dominique. Albert learned violin from his father, then took cornet lessons from Luis Tio and Manuel Perez, who were his neighbors in the 7th Ward. After working in Perez’s band in New Orleans, Albert toured the southwest with the bands of Alphonso Trent and Troy Floyd, eventually settling in San Antonio where he organized a band made up largely of New Orleans recruits such as Alvin Alcorn, Louis Cottrell Jr, and Herbert Hall. During the 1930s the band toured widely. During World War II, Albert opened his own establishment, the Keyhole Club, in San Antonio, returned to New Orleans in 1948, and then settled again in San Antonio, where he performed with combos into the 1970s.