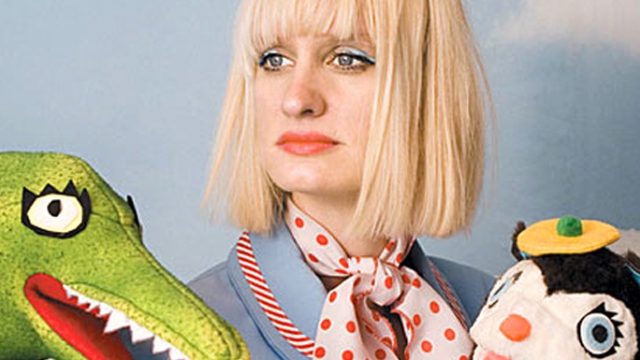 Quintron (real name Robert Rolston; born circa 1967, Germany) is an American musician and leader of the eponymous one-man-band, “Quintron.” He is a celebrated nightclub organist and inventor, who has patented a number of his own inventions and often performs at his own private club, the Spellcaster Lodge, located on St. Claude Avenue in New Orleans’ 9th Ward. He frequently performs with his wife, fellow musician and puppeteer, Panacea Pussycat (also known as Miss Pussycat), co-founder of the 9th Ward’s now defunct Pussycat Caverns. Quintron’s most notable invention to date is the Drum Buddy, a mechanically-rotating, five-oscillator, light-activated drum machine.