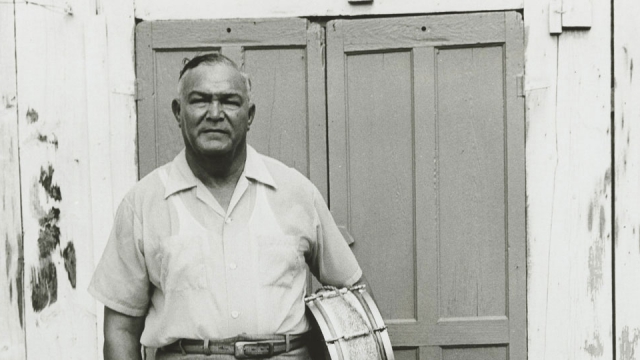 Drummer Rudolph Peter Beaulieu (1899-1972) was born in the Seventh Ward of New Orleans and was the half-brother of drummer Arnold Depass, who guided his early training. Beaulieu began performing professionally around 1922 and during the 1920s worked with Sam Morgan, Chris Kelly, Oscar Celestin, and Louis Dumaine, who exposed him to reading music. He also performed with brass bands, such as Henry Allen’s in Algiers, Louisiana. In the 1930s Beaulieu led his own trio at the Popeye Beer Parlor in the French Quarter and worked with Kid Howard. In later years he retired from music and ran a drum shop.