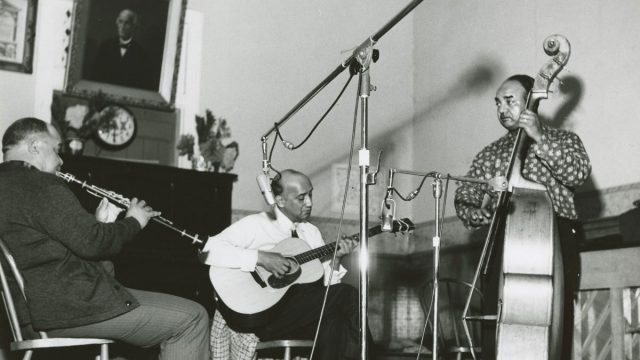 [McNeal Breaux [rc000250]: McNeal Breaux Interview (11/24/1958)]: Afro-French Creole bassist and tuba player McNeal J. Breaux (1916-2002) started on drums but began playing professionally on tuba with Henry Allen’s Brass Band and string bass with Isaiah Morgan’s band in early 1930s. In the latter 1930s and 40s he worked with a combo led by Raymond and Plas Johnson, in Paul Barbarin’s Jazz Band, and with Clyde Kerr Sr’s big band. After serving briefly in the Navy during World War II he returned to performing with Oscar Celestin’s Tuxedo Jazz Band and again with Paul Barbarin in the 1940s and 50s.