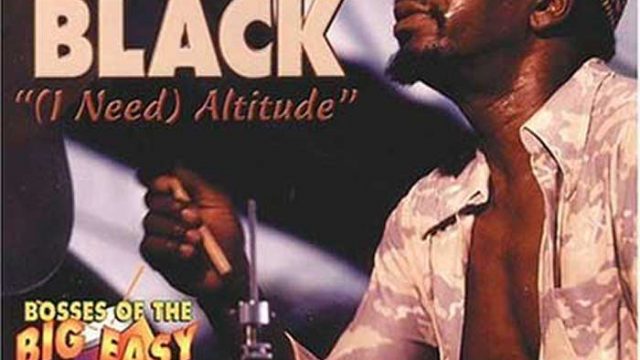 James Black grew up in New Orleans and played trumpet and piano as well as drums. While in New Orleans he played with Ellis Marsalis, Harold Battiste, Irma Thomas, Lee Dorsey, the Meters, and Dr. John among others. He was a part of the Ellis Marsalis Quartet that played on the acclaimed album Monkey Puzzle in 1961. This release featured several of his compositions including Magnolia Triangle and Monkey Puzzle. He then moved to New York where he spent several years playing and touring with Lionel Hampton, Yusef Lateef, Freddie Hubbard, and Cannonball Adderley. His playing and compositions appear on Cannonball and Nat Adderley’s In The Bag. By the early 1970s, Black had moved back to New Orleans where he played concerts, composed works, worked with local musicians such as the members of Astral Project, Germaine Bazzle, and Clyde Kerr Jr., and was featured at the New Orleans Jazz and Heritage Festival on many occasions before his untimely death in 1988.

Here several of James Black’s friends and bandmates detail his 1960s recordings and his move to New York City.

Members of the jazz community in New Orleans including Johnny Vidacovich, Tony Dagradi, David Torkanowsky, James Singleton, and Bruce Raeburn who played with James Black when they were starting out talk about his influence and inspiration.