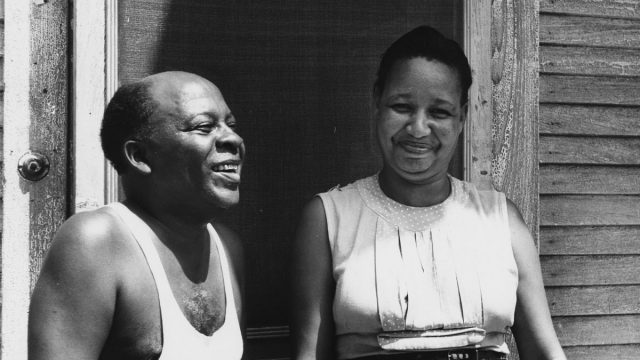 Trumpeter, drummer, and bandleader Avery “Kid” Howard (1908-1966) began as a drummer in 1924 working briefly with Sam Morgan before taking up cornet under the instruction of Chris Kelly. Although he usually performed in New Orleans, his bands travelled regionally and in 1928 Howard made a train excursion to Chicago. At various times he was affiliated with the Eureka, Allen, and Tuxedo brass bands but in the 1930s formed his own brass band, which performed at the funeral of Buddie Petit in 1931, an indication of its growing popularity. In the mid-1930s Howard worked with Captain John Handy and Jim Robinson at various dance halls around the city and later played with the house band at the Palace Theater. He recorded commercially for the first time with George Lewis in 1943 and in 1946 as the leader of the Original Zenith Brass Band. In the 1950s he toured and recorded with George Lewis and in the 1960s worked primarily at Preservation Hall.