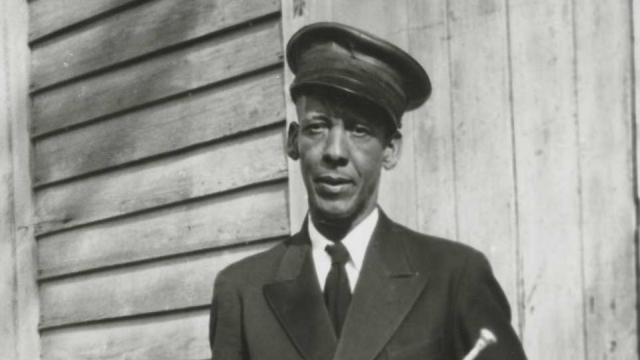 Louis Dumaine was a member of the Tuxedo Brass Band in the early to mid 1920s. He also played with the Henry Allen Brass Band, the Eagle Brass Band, Kid Howard and trombonist Frankie Duson. In 1927, he recorded with his “Jazzola Eight,” five tracks: “Pretty Audrey,” the “Red Onion Drag,” “To -wa-bac-a-wa,” the “Franklin Street Blues” and the folk song, “Bucket Get a Hole in It.” In “Mama Cookie” and “He’s the Sweetest Black Man in Town,” he accompanied the blues singer Ann Cook. Contributors included the clarinetist Willie Joseph, trombonist Earl Humphrey and pianist Morris Rouse. In the 1930s, he headed up brass bands like the WPA band in 1935 and the ERA Orchestra 1936.