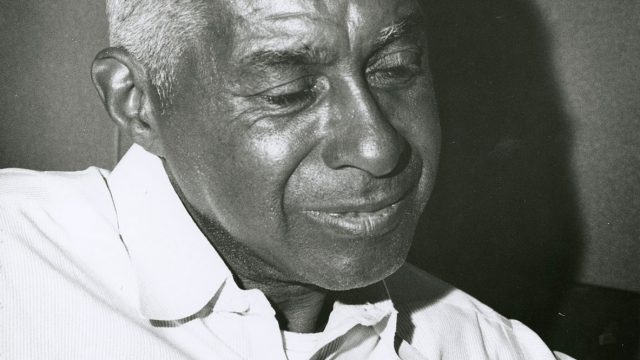 The trombonist Earl Humphrey (1902-1971) studied with his grandfather James Humphrey and performed with his father Willie E. Humphrey in circus bands from 1919. He worked with Manuel Perez’s bands at the Pythian Roof Garden in the early 1920s but like his brother Willie spent much of the decade on the road. He is present on the Louis Dumaine Jazzola Eight recordings made in New Orleans in 1927, including “To-Wa-Bac-A-Wa” (aka “Two Way Pocky Way,” referring to the Mardi Gras Indian chant) and “Franklin Street Blues” (a reference to the notorious Storyville music strip). He found only sporadic musical work during the Depression and took a hiatus from music in 1940, when he relocated to Virginia, eventually resuming his career in New Orleans in 1963. His last project as a leader was a recording session under the title of Igor’s Imperial Orchestra in 1966.