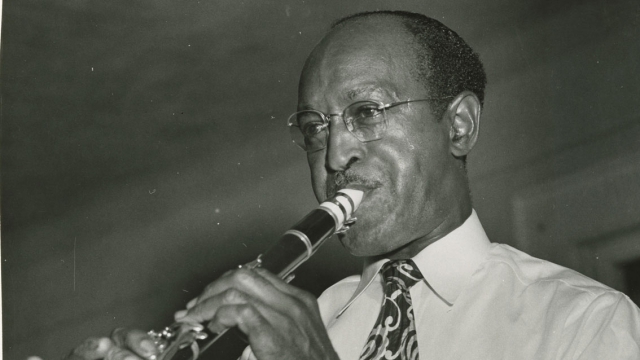 Paul Daniel “Polo” Barnes (1901-1981) was a jazz clarinetist and saxophonist who performed and recorded with Oscar Celestin’s Original Tuxedo Jazz Orchestra in the 1920s and toured with King Oliver, Jelly Roll Morton, and Chick Webb in the 1930s. After World War II Barnes reunited with Celestin, then he worked in the 1950s with Paul Barbarin and in the 1960s at the Preservation Hall.