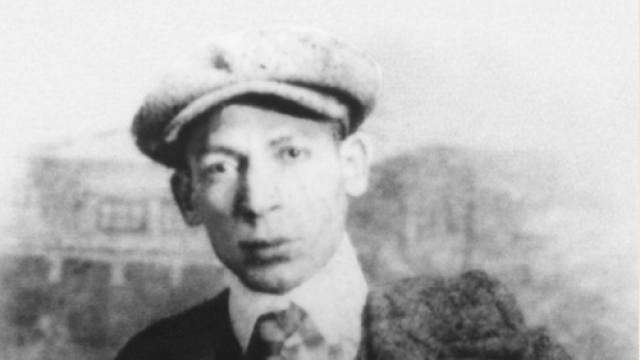 A nimble pianist, skilled composer and arranger, an evocative soulful singer and a classic New Orleans flamboyant character – Jelly Roll Morton embodied all these estimable traits. Morton (1885 – 1941) was a second-generation New Orleans jazz musician, and the genre’s first important composer/arranger, as heard on such intricate, infectious songs as “Black Bottom Stomp.” Despite his seminal contributions, Morton enjoyed little of the commercial success he deserved because of the dubious machinations of the recording and music publishing industries.

Morton’s origins are shrouded in mystery. His real first name was Ferdinand – the moniker, Jelly Roll, was a common sexual term in the early twentieth century – and his actual last name is believed to have been either LaMothe, Lemott, or LaMenthe; Morton was an Anglicized derivative. In varying accounts, his year of birth is listed as 1885 or 1890.

There is no debate that Morton’s New Orleans Creole family opposed his musical aspirations. In an epic 1938 interview with Alan Lomax (Library of Congress), Morton explained, “We always had musicians in the family, but they played for their own pleasure and would not accept it seriously, and always considered a musician (with the exception of those who would appear at the French Opera House, which was always supported with their patronage) a scalawag, lazy, and trying to duck work.” Even in the face of such disapproval, Morton was drawn to the New Orleans neighborhood known as Storyville where gambling houses and brothels offered work for musicians who were developing the genre that came to be known as jazz. Morton roamed the South as a bandleader and solo performer, while supplementing his income as a pool hustler and a card shark. His original signature songs from this era include “The Animule Dance, “King Porter Stomp” and “Original Jelly Roll Blues.”

Morton did not single-handedly “invent” jazz, as he frequently claimed; no musical genre can be created by one artist alone nor can it suddenly emerge from a single location, as is often alleged to have happened with New Orleans jazz. Nonetheless, Morton can justly be considered a key-defining figure in jazz’s early evolution. His diverse oeuvre combined elements of ragtime, a wide range of popular songs, basic blues, and classical music, including opera. Morton did not perceive jazz as a radical departure from the mainstream music of his day, instead he viewed it in terms of a sensibility, “…a style that can be applied to any type of music” that demanded “plenty of finger work in the groove ability, great improvisations, accurate, exciting tempos with a kick.”
When Alan Lomax aptly noted that Morton’s “epic self-praise antagonized even his admirers,” he was referring to such overblown statements as, “It was I, that’s the originator of jazz… It was in the year of 1902 that I conceived the idea… It was a style which I had that grabbed the world by the throat with a strangle hold.” Ironically, the seamy side of the music industry would put a stranglehold on Morton’s career.

Morton’s synthesis of African/African-American ideas and European concepts – as exemplified by his blending blues and classical-music elements – were the pillars of his music. He also drew on and introduced to the nascent jazz genre a variety of Afro-Cuban rhythms, including the tresillo, and the habanera that he collectively termed “the Spanish tinge” – as heard on such compositions as “New Orleans Blues” and “The Crave.” This musical mélange reinforces the notion of South Louisiana as the northern frontier of Caribbean culture. Morton picked it up via both the popular written work of classical-music idol Louis Moreau Gottschalk and through the African-rooted street music that has flourished in New Orleans since the city’s inception and, in different forms, remains present today. In addition, the “Spanish tinge” and related forms of syncopation were and are vital elements in the New Orleans rhythms collectively known as “second-line” beats. In this sense, Morton’s work was an precursor to that of such mid-century blues and R&B artists as Professor Longhair.

These attributes – combined with Morton’s dexterous playing and his ambitious-yet- fully realized composing/arranging – can be clearly heard on the recordings made from 1926 to 1930 with his Red Hot Peppers. This material, plus some player-piano rolls from a few years earlier, are the cornerstone of Morton’s legacy. By the 1930s, his innovations went out of vogue as part of a broader waning interest in traditional New Orleans jazz. In addition to this career slump, Morton did not secure copyrights on all his original works. As a result, he did not receive adequate payment and recognition when other artists recorded and performed his material, in some instances he received nothing at all.

In dire financial straits, failing health and somewhat embittered, Morton moved to
Washington, D. C. in 1938. His prospects did not improve there, although the world at-large benefitted when Alan Lomax conducted an in-depth interview with him for the Library of Congress. The eight-plus hours that Lomax recorded represent a rich historical document and a landmark development in academia’s recognition of oral history as a legitimate field of study.

Morton was never able to revive his career, dying on July 10, 1941, shortly before a revival of New Orleans jazz in which he surely would have been lionized. In 2013, Morton is firmly ensconced in the pantheon of both all-time jazz greats and major New Orleans musicians.