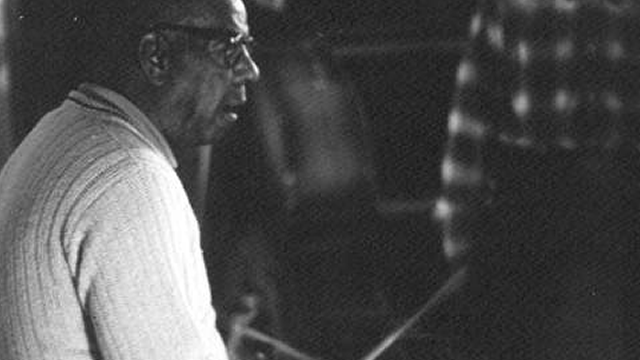 Adolphe Paul Barbarin (1899-1969) was an Afro-French Creole jazz drummer, the son of Isidore Barbarin of the Onward Brass Band and the older brother of Louis Barbarin, also a jazz drummer. Barbarin began working professionally with Buddie Petit’s Young Olympia Band in 1915 and relocated to Chicago in 1917, where he joined King Oliver. Over the course of the 1920s and 30s he performed and recorded with Jelly Roll Morton, Luis Russell, and Louis Armstrong. He returned to New Orleans in 1939, playing with Joe Robichaux’s Rhythm Boys before leading his own bands and recording extensively with them. In 1960 he reorganized the Onward Brass Band; he died performing with the band at a Carnival parade in February 1969.