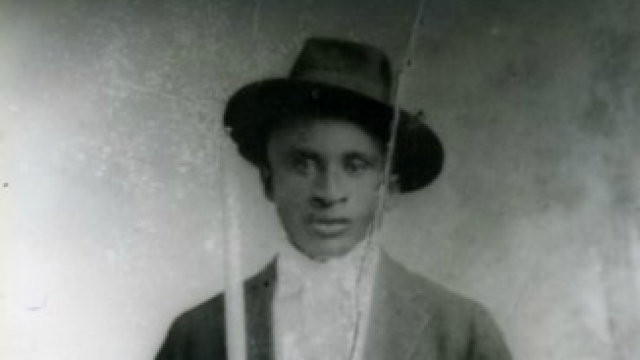 Accordionist Amédé Ardoin stands as a forerunner of both zydeco and Cajun music, and as one of the first musicians in south Louisiana whose commercial recordings have dual significance in terms of important folkloric documentation. Ardoin’s records appeared in the 78 r.p.m. format, between 1930 and 1934. At that time the word “Cajun” appeared in some song titles, but it was not applied to the Cajun genre as a whole, which was then known instead as “French music.” The word “zydeco” did not yet exist on its own; its phonetic forerunner, “les haricots sont pas salés,” was heard in some black Creole songs, and “les haricots” would morph into “zydeco” as a name for black Creole dance music — but not until the 1950s. As a result, some observers, fans and scholars disagree retroactively, over how Ardoin’s music should be classified — especially because it contains prominent elements of what are now known as Cajun and zydeco alike. Subjective and ever-changing terminology aside, however, Ardoin is universally acclaimed as a major talent whose passionate oeuvre of two-steps, blues, and waltzes greatly influence both styles, and whose work remains relevant today.

Ardoin is believed to have been born in 1898. He was raised in a French-speaking black Creole farming community in the countryside between Eunice and Basile. Ardoin spurned his family tradition of agricultural labor to pursue full-time musicianship instead. He performed at private house parties more than at public dances, and there are legendary tales of him hitchhiking around with his accordion in a burlap bag, playing whenever and wherever a gig arose.

In Ardoin’s skilled hands, the accordion — which arrived in south Louisiana from Germany and Austria in the latter nineteenth century — served as an apt interpretive vehicle for the region’s rich, hybrid culture. His repertoire included such European song forms as the waltz and the two-step, Afro-European song forms such as the blues, and African-rooted rhythmic approaches such as swing and syncopation. Ardoin embodied this cultural blend, and spurred its evolution through his original lyrics, urgent vocal style, improvisational skill, and nimble playing which kept people dancing. As a singer he used bluesy, elongated, high-pitched notes to great effect. Some of his songs, such as “La Valse de Chantiers Petroliperes” (“The Waltz of the Oilfield Workers”) reflected the socio-economic changes brought to south Louisiana by technological change, as people abandoned farming for more lucrative work in the oilfield. Others, including “Les Blues de la Prison,” drew on the medieval French songs that had variously come to Louisiana from France, Canada, and the Caribbean, and were then still prevalent in oral tradition.

On the predominately unpaved roads of 1930s Louisiana, it was difficult to drive faster than 35 miles per hour. But Ardoin’s music was heard beyond his somewhat limited performance circuit due to the records he made for Columbia, a major national label. Some of these, such as “Amede Two-Step” — which rocks as hard any Cajun or zydeco song played by a full band — presented solo performances. On others, including “Les Blues du Voyage,” Ardoin was accompanied by the seminal Cajun fiddler Dennis McGee. Considering that the two would almost surely have been barred from performing together in public, at the time, this inter-racial pairing was unusual. And, horrifically, a racial incident would cut short Ardoin’s career. He suffered a brutal beating after a white woman dried his brow with her handkerchief at a rural dance, outraging some in attendance. Although Ardoin survived he lost all ability to play, and eventually passed away in the state mental hospital to which he’d been confined.

In addition to Ardoin’s broad impact on the music scene of French-speaking Louisiana, he specifically exerted a profound influence upon two important musicians of the following generation: the black Creole accordionist Clifton Chenier, a.k.a. the King of Zydeco, and the Cajun accordionist Iry LeJeune. Clifton Chenier forged the zydeco sound which still defines contemporary standards by performing mainstream African-American blues/R&B hits on the accordion while singing their lyrics in French. LeJeune’s high-pitched emotional vocals and rough-edged accordion work, derived in part from Ardoin, continue to resonate in contemporary Cajun music — as reflected in the work, for example, of such young traditionalists as the Lost Bayou Ramblers.