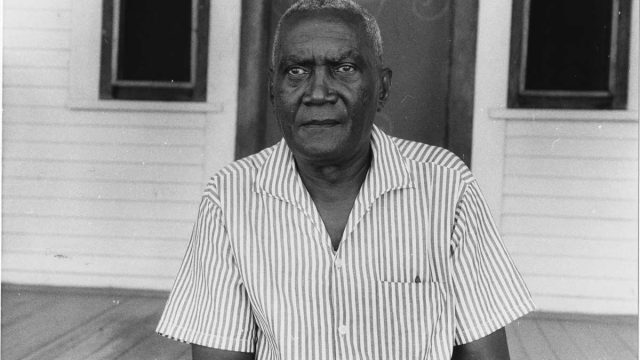 Born on the Magnolia Plantation in Plaquemines parish, trombonist, cornetist, mellophonist, and baritone horn player Harrison Barnes (1889-1960) was the older brother of jazz musicians Emile and Paul Barnes. Harrison studied music with James Brown Humphrey on the plantation and performed with the Eclipse brass Band in 1906 and with Henry Allen’s Brass Band in 1907. After moving to New Orleans he worked with Chris Kelly until 1918, then with the NoLa Band in 1923. In the 1920s he also worked with a band led by Sam Dutrey and at the Lyric Theater in the French Quarter with John Robichaux’s Orchestra. He recorded with the Zenith Brass Band for Rudi Blesh’s Circle label in 1946 and with Kid Thomas Valentine in 1951.