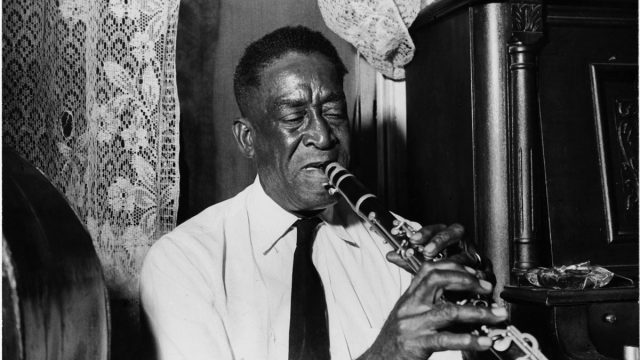 Emile Barnes (1892-1970) was a jazz clarinetist and older brother of clarinetist Paul “Polo” Barnes. His career spanned six decades and included affiliations with trumpeter Chris Kelly in the 1910s and 20s, with Wooden Joe Nicholas in the 1930s, Kid Howard in the 1940s, Peter Bocage in the 1950s, and Preservation Hall from 1961.