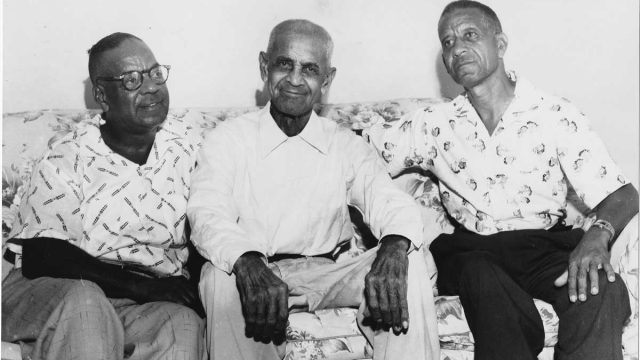 Unlike his older brother Paul, jazz drummer Louis Barbarin (1902-1997) did not tour widely as a young man, preferring to remain in New Orleans working in the 1920s and 30s with Kid Rena, Jack Carey, Punch Miller, and on riverboats Sidney Desvigne. From 1937 he played primarily with Celestin’s Original Tuxedo Jazz Orchestra, even after Celestin’s death in 1954. Barbarin worked with brass band as well, beginning with the Onward in the late 1910s and later with the revived version in the 1960s. In the 1970s Barbarin became more adventurous, touring Europe with the New Orleans All-Star Jazz Band and with Lars Edegran’s New Orleans Joymakers, while also becoming a regular at Preservation Hall.