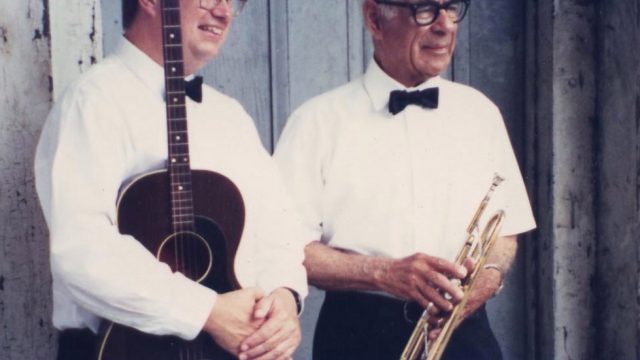 Lars Ivar Edegran (born 1944) is a Dixieland jazz musician and bandleader. He most often plays piano, guitar, or banjo, but has also played mandolin, clarinet, and saxophone.

Edegran was born in Stockholm, Sweden, and played in New Orleans style groups in Sweden before moving full time to New Orleans in 1966. He played with many of both the older and younger New Orleans musicians.

Edegran founded and is the leader of the New Orleans Ragtime Orchestra. He has toured and recorded extensively, and performs regularly at the Palm Court Jazz Cafe in the French Quarter.

His theatrical arrangements include the music for the show “One Mo’ Time.”