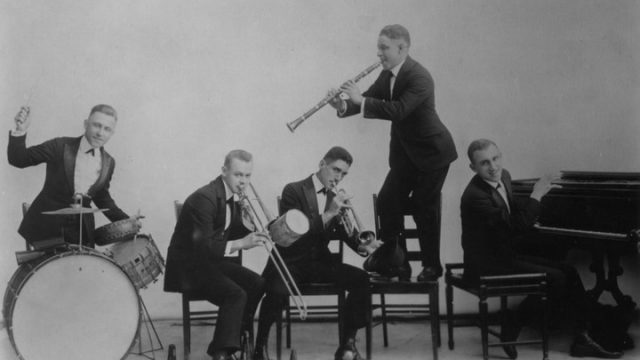 Achille Joseph Baquet was an American jazz clarinetist and saxophonist. He was an early musician on the New Orleans jazz scene.

Achille Baquet was raised in a musical family; his father, Theogene Baquet, led the Excelsior Brass Band, and his brothers, Harold and George, were both musicians, George being the most famous of the three. Achille was black, but was light-skinned, and was the only member of the family who was able to pass for white. He learned clarinet from Luis Tio, and played with the Original Dixieland Jazz Band, Papa Jack Laine’s Reliance Brass Band, and the Happy Schilling Dance Orchestra. He was thought to have been a member of the Whiteway Jazz Band, but the membership of this ensemble has never been established definitively.

Baquet’s credits as a composer include “Why Cry Blues,” written with Jimmy Durante. He is also thought to have co-written “Livery Stable Blues” with Yellow Nunez.