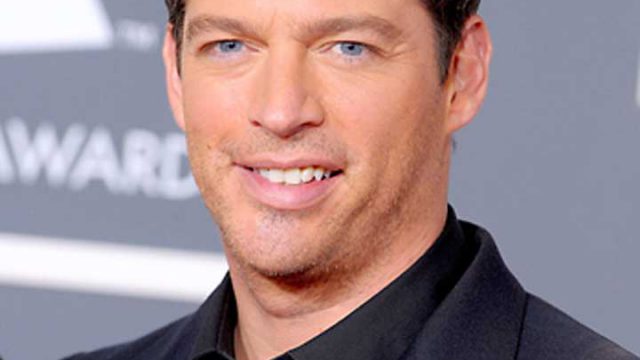 Joseph Harry Fowler Connick, Jr (born September 11, 1967) is one of the most acclaimed and successful multi-talented performers to ever emerge from Louisiana. Pianist, singer, television personality, and feature-film actor who plays leading roles, Connick has won top national awards in every facet of the entertainment industry. Connick has stayed thoroughly connected to his New Orleans roots, and serves as an active champion of the city in general and its music community in particular.

Connick’s prodigious capabilities emerged when he began playing piano at age three. Two years later, he gave his first public performance; at age nine he performed Beethoven’s Piano Concerto No. 3 Opus 37 with the New Orleans Symphony Orchestra. Around this same time, demonstrating his precocious versatility, Connick performed a duet version of “I’m Just Wild About Harry” with the great ragtime and stride piano pioneer, Eubie Blake at the Royal Orleans Hotel in New Orleans’ French Quarter. This performance was filmed and helped stoke Connick’s future career. Meanwhile Connick continued his musical studies via two quite different routes. He took informal lessons from James Booker (1939 – 1983) who is widely regarded as one of the most accomplished and inventive pianists to ever emerge from New Orleans during the city’s four-decade history. Known variously as the “Piano Prince of New Orleans,” the “Bayou Maharajah,” and the “Black Liberace,” Booker’s style suggests a uniquely Louisiana hybrid of Jelly Roll Morton and Louis Moreau Gottschalk, plus a wealth of contemporary R&B and pop material from his own lifetime. Decades later Connick gave a comprehensive and articulate demonstration of Booker’s complex piano technique in the documentary film Bayou Maharajah, directed by Lily Keber. In addition, Connick studied under the masterful pianist and New Orleans jazz patriarch Ellis Marsalis at the internationally acclaimed high school The New Orleans Center for Creative Arts.

In the mid 1980s Connick moved to New York to continue his training at Hunter College and the Manhattan School of Music. He came to the attention of Dr. George Butler, a widely respected music industry figure and the Senior Vice President of Columbia Records. Butler signed Connick to Columbia which released his eponymous debut album, Harry Connick, Jr. in 1987. While this first major label release was all instrumental, Connick’s follow-up album, entitled 20, also featured his suave singing, which invited favorable comparison to the likes of Frank Sinatra, Mel Tormé and Tony Bennett. Connick’s ensuing 25 albums have sold upwards of 28 million copies. He has toured extensively to support these albums, often hiring such A-list New Orleans musicians (and representatives of New Orleans musical dynasties) as drummer Shannon Powell, trumpeters Mark Braud and Leroy Jones, and trombonist Lucien Barbarin, as members of his big band.

If Connick had pursued music alone, his career would be impressive simply for his status as one of the highest selling recording artists of all time, and as a four-time Grammy nominee. But Connick also branched into film, first by performing the jazz-standards soundtrack for the romantic comedy hit When Harry Met Sally, starring Meg Ryan and Billy Crystal, in 1989. In 1990, Connick graced the silver screen himself in person in Memphis Belle, a World War II drama. This was followed by appearances in Copycat (1995), Independence Day (1996), Hope Floats (1998), Basic (2003), P.S. I Love You (2007), Dolphin Tale (2011), and Dolphin Tale II in 2014. Connick has also worked extensively in television. He composed and narrated the NBC Christmas Special, The Happy Elf, in 1995. He appeared in several episodes of the sitcom Will and Grace during the 2005-2006 season. The following year, Connick hosted The Weather Channel’s mini-series 100 Biggest Weather Moments. He has appeared on Law and Order, and, at this writing, is one of the talent judges on American Idol. Broadway has beckoned to Connick as well, in the form of a starring role in the revival of The Pajama Game in 2006.

Despite such diversity – including his forays into modern jazz, funk, and Latin music – Connick’s deepest renown is based on his career as a musician with New Orleans roots. He has changed the face of Mardi Gras by founding the Krewe of Orpheus, which parades annually with considerable musical spectacle, on Lundi Gras, the Monday before Mardi Gras (Fat Tuesday). Most significantly, Connick has played an active role in the rebuilding efforts that followed Hurricane Katrina. In September of 2005 he helped organize and produce the NBC-broadcast live telethon concert, A Concert for Hurricane Relief; Connick also performed on the show, playing the traditional New Orleans jazz standard “Bourbon Street Parade” accompanied by Wynton Marsalis, Victor Goines, Lucien Barbarin, and Charles Neville. In addition Connick was appointed honorary chair of Habitat for Humanity’s Operation Home Delivery, a long-term rebuilding plan for hurricane victims. Alongside saxophonist Branford Marsalis, Connick helped implement a plan to restore the Crescent City’s rich musical and cultural heritage via the construction of Musicians’ Village, which consists of Habitat-constructed homes and the Ellis Marsalis Center for Music performance space as its centerpiece. At this writing, Harry Connick Jr. remains in peak form. His career continues to surge ahead, and many exciting achievements are sure to come as he does New Orleans proud.