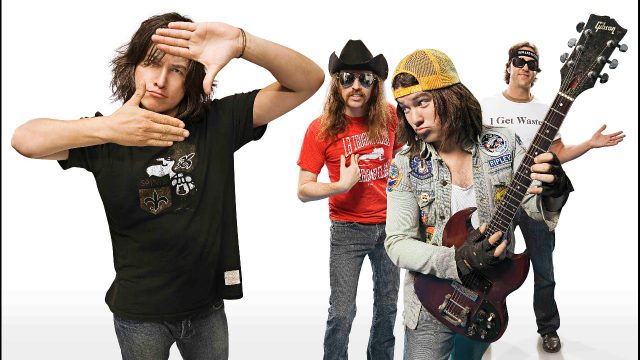 They were formed in the mid-1990s by Chinese American brothers Chris Lee and Benji Lee from Anchorage, Alaska while students at Tulane University in New Orleans, Louisiana. They have headlined with Vince Neil of Mötley Crüe, Queens of the Stone Age, Supersuckers, Fu Manchu, Drive-By Truckers and Alice Cooper, among others. In 2004, Supagroup received a standing ovation for Alice Cooper something Cooper claimed hasn’t happened since Guns N’ Roses opened his shows. The band commonly calls their followers supagroupies.

The band’s first album, Planet Rock, was self-produced and self-released on their own Prison Planet label. They followed that with a live album. In 2001, Rock and Roll Tried to Ruin My Life, produced by Jack Endino, was released in a limited quantity. 2004’s self-titled album was produced by Benji Lee and Trina Shoemaker. The band’s 2007 album, Fire for Hire includes a number of studio versions of songs that first appeared on their We Came to Rock You live album, as well as songs influenced by the events surrounding Hurricane Katrina.