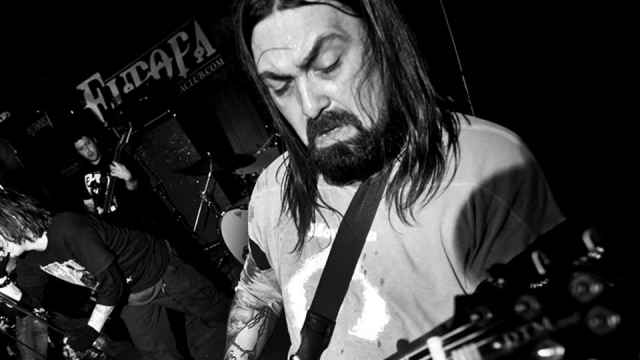 Jimmy Bower (born September 19, 1968) is an American sludge/heavy metal guitarist and drummer who has played with six bands, most notably Eyehategod, Crowbar, Down, and Superjoint Ritual.

Jimmy Bower is known in some circles as the “Godfather of Southern Metal” for his involvement in the New Orleans Metal and Hardcore scene, as well as being a founding member of legendary sludge metal bands Eyehategod and Crowbar, which is an obvious influence on many of the hardcore and heavy metal bands that later emerged from the South. Jimmy is also a founding member of Down and Superjoint Ritual, along with former Pantera vocalist Phil Anselmo. Jimmy has also been a large part in the histories of bands such as Corrosion of Conformity and Crowbar as a touring drummer. He´s known under the nickname “Bower Power.” Jimmy is married to Dana and the two had their first child on March 27, 2013.