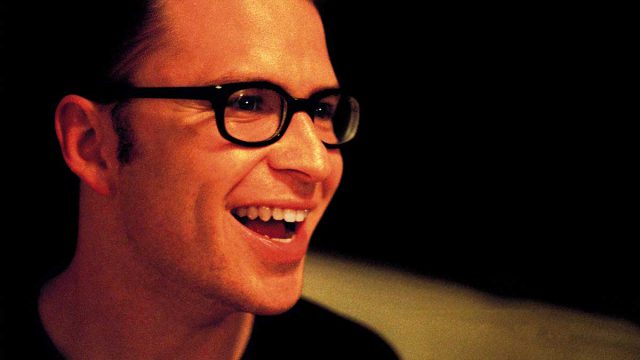 Stanton Moore is a rock drummer raised in Metairie, Louisiana. Most widely known as a founding member of Galactic, Moore has also pursued a solo recording career (beginning with his 1998 debut All Kooked Out!) and recorded with bands as diverse as jazz-funk keyboardist Robert Walter and heavy metal act Corrosion of Conformity. He also travels internationally to teach New Orleans drumming, writes a regular column for drumming magazines, and releases instructional books and videos.

As of 2008 some of Moore’s recent projects include the Stanton Moore Trio, Garage A Trois and the Midnite Disturbers. Moore performs with his Stanton Moore Trio including a variety of local and visiting musicians in New Orleans. As a trio he has toured nationally with keyboardist Robert Walter and guitarist Will Bernard. Additionally, Walter and Bernard are the credited musicians on Moore’s two most recent solo albums.[1] Moore continues to perform with his co-founded Garage A Trois with Skerik, Mike Dillon and Marco Benevento. Moore organized the all-star brass band Midnite Disturbers with drummer Kevin O’Day. The Midnite Disturbers are Trombone Shorty and Jamelle Williams on trumpets, Big Sam and Mark Mullins on trombones, Ben Ellman and Skerik on saxophones, Jeffery Hills on sousaphone and Kevin O’Day and Moore on drums.

Since Hurricane Katrina Moore has helped start and participates in the Tipitina’s Foundation workshop for students, providing young people an opportunity to learn, play and perform with professional musicians.

Recently, Moore has collaborated with Tom Morello of Rage Against the Machine and Boots Riley of the Coup on a new project under the name Street Sweeper Social Club, which released an album on June 16, 2009.

Moore released Emphasis! (On Parenthesis) on Telarc April 2008 as Stanton Moore Trio. The trio consists of longtime associates Robert Walter and Will Bernard.
At the 2009 Winter NAMM Show in Anaheim, California Stanton Moore introduced a signature model snare drum under his own brand, The Stanton Moore Drum company of New Orleans. The drum is 4.5″ x 14″ made of titanium. Stanton worked closely with drum designer Ronn Dunnett (Dunnett Classic Drums) to create a drum that embodied the sound of a classic vintage snare drum that Stanton had once owned.

Moore is also co-owner of the Crescent Cymbals brand and has his own signature cymbal series.

In the July 2001 issue of Modern Drummer Stanton Moore won the reader polls in both the Educational Book and Educational DVD categories for his Groove Alchemy educational series.