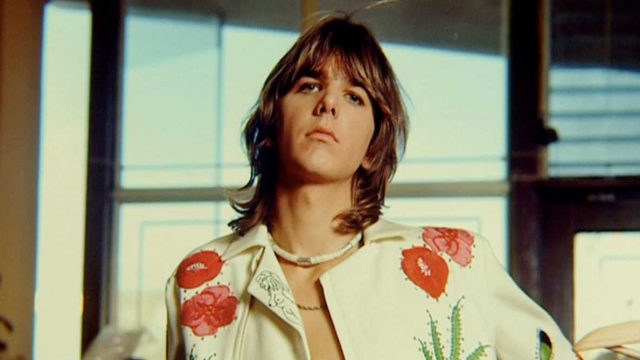 Gram Parsons (November 5, 1946 – September 19, 1973) was an American singer, songwriter, guitarist and pianist. Parsons is best known for his work within the country genre; he also mixed blues, folk, and rock to create what he called “Cosmic American Music.” Besides recording as a solo artist, he also worked in several notable bands, including the International Submarine Band, The Byrds, and The Flying Burrito Brothers. His career, though short, is described by Allmusic as “enormously influential” for both country and rock, “blending the two genres to the point that they became indistinguishable from each other.”

Born in 1946, Parsons emerged from a wealthy but troubled childhood to attend Harvard University. He founded the International Submarine Band in 1966, and after several months of delay their debut, Safe at Home, was released in 1968, by which time the group had disbanded. Parsons joined The Byrds in early 1968, and played a pivotal role in the making of the seminal Sweetheart of the Rodeo album. After leaving the group in late 1968, Parsons and fellow Byrd Chris Hillman formed The Flying Burrito Brothers in 1969, releasing their debut, The Gilded Palace of Sin, the same year. The album was well received but failed commercially; after a sloppy cross-country tour, they hastily recorded Burrito Deluxe. Parsons was fired from the band before its release in early 1970. He soon signed with A&M Records, but after several unproductive sessions he canceled his intended solo debut in early 1971. Parsons moved to France, where he lived for a short period at Villa Nellcôte with his friend Keith Richards of The Rolling Stones. Returning to America, Parsons befriended Emmylou Harris, who assisted him on vocals for his first solo record, GP, released in 1973. Although it received enthusiastic reviews, the release failed to chart; his next album, Grievous Angel (released posthumously in 1974) met with a similar reception, and peaked at number 195 on Billboard. Parsons died of a drug overdose on September 19, 1973 in hotel room 8 at the Joshua Tree Inn at Joshua Tree, California, at the age of 26.

Since his death, Parsons has been recognized as an extremely influential artist, credited with helping to found both country rock and alt-country. His posthumous honors include the Americana Music Association “President’s Award” for 2003, and a ranking at No. 87 on Rolling Stone’s list of the “100 Greatest Artists of All Time.”