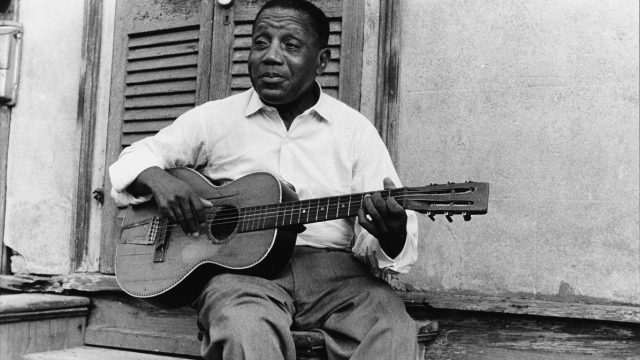 Frank “Dude” Amacker (1890-1975) was a ragtime and jazz pianist and guitarist who began his career working as a “piano professor” in the saloons and brothels of Storyville as early as 1913. After the closure of The District, he traveled to Los Angeles and was marginally active as a musician, returning eventually to New Orleans. He recorded very sporadically and only in his later years, on guitar in 1958 and on piano in 1965. In the 1960s he served as a solo pianist between acts at Preservation Hall. Like Jelly Roll Morton, Amacker was a raconteur of the first order and renowned for being a flamboyant dresser, allowing him to keep the mystique of Storyville alive long after its demise.