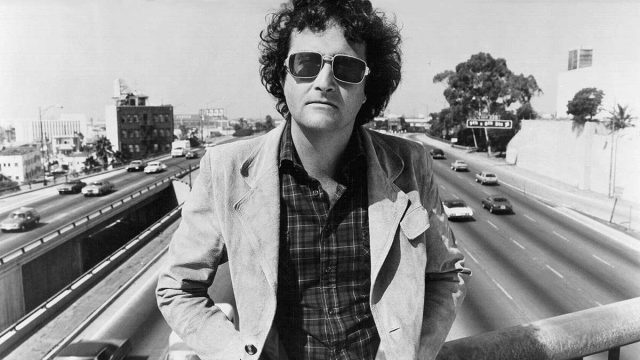 Randall Stuart “Randy” Newman (born November 28, 1943) is an American singer-songwriter, arranger, composer, and pianist who is known for his distinctive voice, mordant (and often satirical) pop songs and for film scores.

Newman often writes lyrics from the perspective of a character far removed from his own experiences, sometimes using the point of view of an unreliable narrator. For example, the 1972 song “Sail Away” is written as a slave trader’s sales pitch to attract slaves, while the narrator of “Political Science” is a U.S. nationalist who complains of worldwide ingratitude toward America and proposes a brutally ironic final solution. One of his biggest hits, “Short People” was written from the perspective of “a lunatic” who hates short people. Since the 1980s, Newman has worked mostly as a film composer. His film scores include Ragtime, Awakenings, The Natural, Leatherheads, James and the Giant Peach, Meet the Parents, Cold Turkey, Seabiscuit and The Princess and the Frog. He has scored six Disney-Pixar films: Toy Story, A Bug’s Life, Toy Story 2, Monsters, Inc., Cars, Toy Story 3 and most recently, Monsters University.

Newman was born in Los Angeles, California, the son of the former Adele “Dixie” Fox, a secretary, and Irving George Newman, an internist. He lived in New Orleans as a small child and spent summers there until he was 11 years old, his family having by then returned to Los Angeles. The paternal side of his family includes three uncles who were noted Hollywood film-score composers: Alfred Newman, Lionel Newman and Emil Newman. Newman’s cousins Thomas and David, and nephew Joey are also composers for motion pictures. He graduated from University High School in Los Angeles. Newman attended the University of California, Los Angeles. His parents were both from Jewish families, but Newman’s household was not observant; he has since become an atheist.

Newman was married to Roswitha Schmale, who was born in Germany, from 1967 to 1985, and they had three children. He has been married to Gretchen Preece, with whom he has two children, since 1990. Gretchen’s father is director Michael Preece.