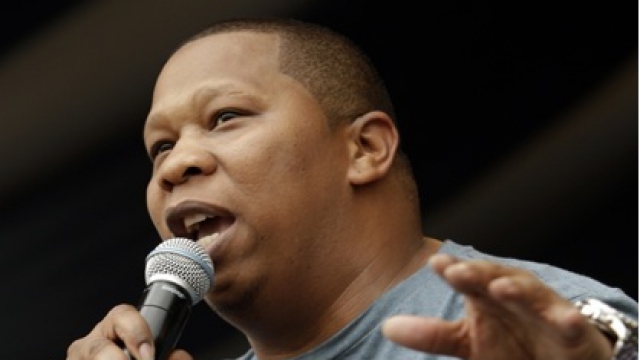 The West African and African American oral traditions of the “Black Atlantic,” as post-colonial studies scholar Paul Gilroy has termed it, are part of a diverse set of folk cultural systems organized around a loosely based framework of shared aesthetics. Hiphop is one of countless musical traditions born out of this historical and cultural milieu. An ever-changing system of sounds, sites, and aesthetics shaped by specific places, times, events and regions, what we have come to term “hiphop” is a complex system of musical genres that have played a defining role in musical, political, and popular culture from the 1970s to today. In this unit, students will be given a basic introduction to hiphop via the traditions of the East Coast, including hiphop’s birth and development in the Bronx and the musical innovations of, among others, Kool Herc, Grandmaster Flash, and Afrika Bambaataa.

New Orleans hiphop and bounce are diverse musical genres directly and mutually influenced by sustained interaction with a myriad of other New Orleans artistic forms, including brass bands, Mardi Gras Indian music and chants, street parades/block parties, and second-line music and culture, among others. In this unit, we provide conclusions to this course while studying examples of the fluid interaction between these disparate forms of community celebration and art.

Born from African American aesthetic traditions of the South and developed in the Bronx and greater New York City into a full-blown popular musical and cultural art form, in the 1980s hiphop began to spread like wildfire around the country and around the globe. This unit continues an exploration of the basics of hiphop, including what are usually referred to as hiphop’s “five founding elements”: MCing, b-boying, beatboxing, DJing, and graffiti art. Taking on the West Coast as this unit’s region of study, students will learn about the rise of so-called “gangsta rap,” the birth of Death Row Records, G-funk, and the historical events that informed the music, including the Watts Riots of 1965.

Although the series of cultural and musical events leading up to the concretization of what we now call “hiphop” began in the Bronx and other New York City boroughs, the West African diasporic/African American oral traditions and aesthetics that informed the development of this musical tradition began in the American South. The Dozens, toasts, jump-roping games, ring-shouts, and other distinctly African American traditions born from the South all played roles in the greater development of hiphop as a musical genre. In this unit, students will learn the basics of Southern hiphop and will gain an understanding of the places, events, important artists – Goodie Mob, OutKast, Three-6 Mafia, UGK – and genres – crunk, Miami bass, New Orleans bounce, Houston chopped & screwed – that informed it.

Of the countless rural and city centers that informed the rise of hiphop in the American South – Houston, Memphis, Miami, Atlanta – perhaps one of the most fascinating hiphop centers in the South is New Orleans. From Congo Square to its distinction as the birthplace of jazz, since its founding New Orleans has been a pivotal African diasporic center and home to vibrant and influential musical and cultural traditions. Often called the northern-most point of the Caribbean rather than the southern-most point of America, New Orleans’ history has been fundamentally shaped by its cultural proximity and interaction with the Caribbean and, by extension, West Africa. In this unit, students will be provided with a basic introduction to the sights and sounds of New Orleans hiphop, the rise of the Cash Money and No Limit record labels, and the realities of extreme poverty, violence, creativity and innovation that informed the tradition.

Where They At?: New Orleans Bounce

New Orleans “rap” and “bounce” traditions are not rigid; one form bleeds into the next and there is sustained influence and interaction between the two. But as New Orleans’ own native genre of hiphop, bounce music has been the dominant musical form in the streets and at community block parties from the 1980s through today. With its own set of sounds, dances, slang, and aesthetics, bounce has played a central, defining role in the New Orleans hiphop story.

Grassroots musical forms are often an immensely important tool in global political and social justice movements, and hiphop is no exception. From American get-out-the-vote campaigns to Kenyan rappers protesting social injustice, hiphop has been used by countless communities and artists for protest and change. Rap music in New Orleans has long been a vehicle for addressing the ever-pervasive drug, crime, and violence issues that continue to plague the city. When Hurricane Katrina devastated the city of New Orleans and the Gulf Coast in 2005, many New Orleans hiphop artists were among the first to demand action and create art that shed light on the countless injustices that occurred during and after this tragic moment in American history. In this unit, we will read reflections on Katrina by hiphop artists and view some New Orleans artists’ protest music, video, and film work.

Whether you like the term “sissy bounce” or not, for better or worse that label has become the most widely used way to differentiate between bounce music as performed by “straight” artists and bounce music as performed by artists within the New Orleans LGBTQ community. So-called “sissy bounce” has received an intense amount of national publicity in the last few years – including a Big Freedia reality TV show and a cover story in the New York Times – after this musical genre began to be programmed in white-owned venues after 2009. (In many cases, this was the first time that non-community members were aware of this bounce music tradition’s existence.) In this unit, students will gain an understanding of this musical form and its primary performers, the greater historical context of relative performative freedom in New Orleans (as evidenced by popular R&B stars Bobby Marchan, Patsy Vidalia and others), and the ongoing issue of homophobia and misogyny in hiphop.