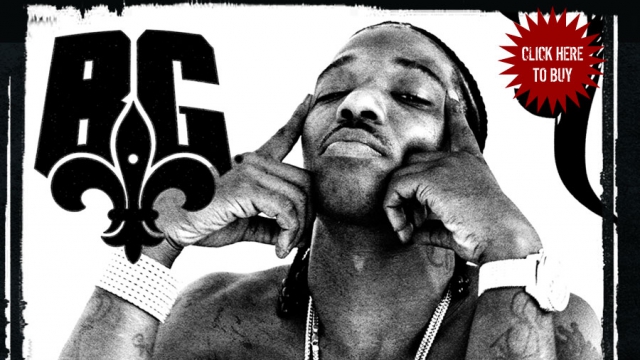 Christopher Dorsey (born September 3, 1980),better known by his stage name B.G. (short for “Baby Gangsta” or “B. Gizzle”‘), is an American rapper and actor, from New Orleans, Louisiana. He began his music career signed to Cash Money Records in 1993 with Lil Wayne as half of the duo The B.G.’z . Both, along with rappers Juvenile and Turk collectively formed the group, the Hot Boys in 1997. In 2001, B.G. resigned from Cash Money Records, and created his own label, Chopper City Records.