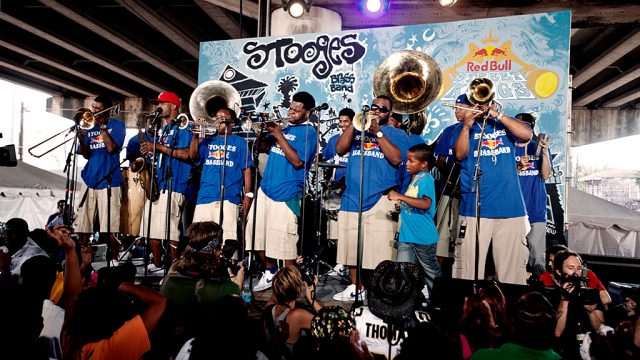 The Stooges Brass Band is a New Orleans, Louisiana, brass band. The group was formed in 1996 after band leader Walter Ramsey saw a performance by the Rebirth Brass Band. The Stooges Brass Band is known for incorporating elements of hip hop, funk and R&B into a more traditional brass band framework. The band has played the Bonnaroo Music & Arts Festival, the New Orleans Jazz & Heritage Festival, High Sierra Music Festival, and South by Southwest. In 2012, they were selected by the U.S. State Department to tour Pakistan, and became the first American band to play in Hyderabad.