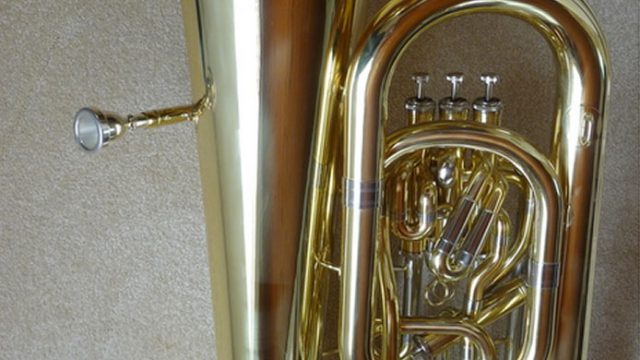 The tuba is the largest and lowest-pitched brass instrument. Sound is produced by vibrating or “buzzing” the lips into a large cupped mouthpiece. It first appeared in the mid 19th-century, making it one of the newest instruments in the modern orchestra and concert band. The tuba largely replaced the ophicleide. Tuba is Latin for trumpet or horn. The horn referred to would most likely resemble what is known as a baroque trumpet.