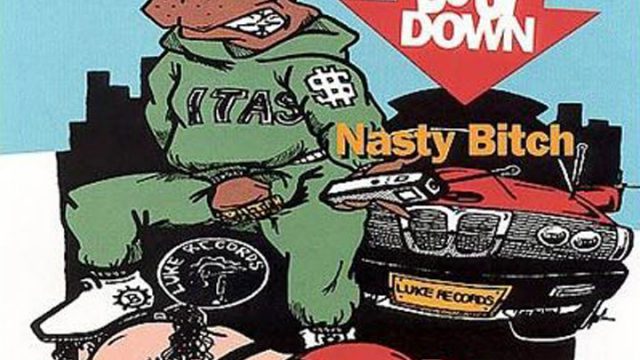 Another early New Orleans rapper whose memory has nearly been lost to history, Bust Down made a name for himself with this epic eight-minute tale about, well, a “nasty bitch” whose “pussy hole smelled like sour cream and onion.” Produced by Ice Mike (one of the first New Orleans rappers and an important DJ in his own right), the track was Too $hort channeled through a proto-bounce vision. Bust signed to Luther Campbell’s Effect Records. There Mike was replaced by none other than DJ Toomp. The debut album withered on the vine, but Bust will always have “Nasty Bitch” on his résumé, as well as the popular B-side “Putcha Balley’s On” and its follow-up “Pissin Razor Blades,” one of the many high points in STD-rap history.