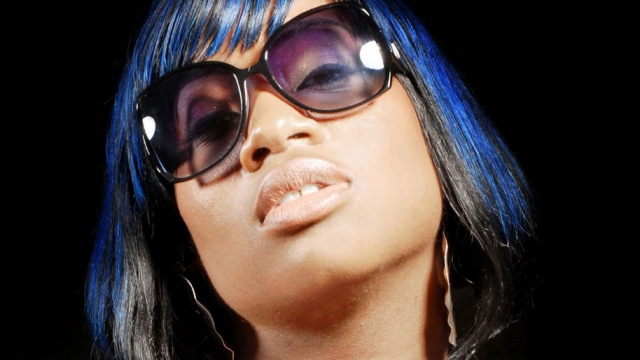 In the early 90’s Trishell “Ms. Tee” Williams emerged on the New Orleans music scene. At the young tender age of 14 she became the first female artist signed to Cash Money Records. Ms. Tee gained notoriety with the album “Having Thangs,” which surfaced just as New Orleans “Bounce Music” commenced to permeate the South.

By the age of 18, Ms. Tee recorded her second album “Female Balla” which included hits galore. “Smokin Urb” can be heard on any given night at any club being recited verbatim by females and
males alike. Two timeless classics “If He Don’t Trick” and “Creep’n” still serve as preambles that boldly identify the unacceptable traits that women should not settle for in men.

In 1997, Ms. Tee had every female craving to be a “Hot Girl” with her third album. The album featured classics like “Soulja Boy” and who could forget her recommendation to achieving tranquility through unprescribed methods with “Free Your Mind.”

Ms. Tee’s fourth album released in 1999. “Don’t Get Mad, Get Even” conveyed her at a mature and sexy age with street wisdom to share with the world. The album exemplified Ms. Tee’s versatility to the utmost with an arrangement of mellow ballads along with club and trunk bangers. The Female National Anthem – “Fu*k Dem Other Hos” was a product of this work of art. The album featured 5th Ward Weebie, Mia X, Partners N Crime, and the Ghetto Twins. Ms. Tee did it big again in 1999 with the stellar hit “Why You Acting Funny” which was in collaboration with Partners N Crime. Ms. Tee obtained national exposure with the single and has continued to flourish since.

Ms. Tee has not only mastered being an artist, but she has also embarked on the path of entrepreneurship by self-producing several of her own albums and starting her own clothing company called Ms. Tee’s Boutique of Beauty.

With six albums and a host of mixed compilations under her bosom, her new album “Gutta Girl,” debuting in September, is guaranteed to solidify her title and expose the world to the true “Queen.”