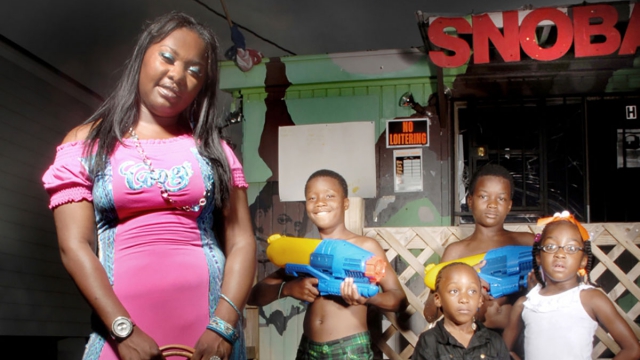 Renetta Yemika Lowe-Bridgewater (September 30, 1982 – December 20, 2010), known by the stage name Magnolia Shorty, was an American rapper in the New Orleans-based bounce music scene. She and Ms. Tee (Trishell Williams) were the first women signed to Cash Money Records. Her 1997 debut album Monkey on the Dick (often stylized as Monkey On Tha D$ck) is considered a bounce classic, and she “was already considered a legend of bounce music” at the time of her death. Offbeat said the album exemplifies “the eccentric New Orleans elements of sexuality, comedy and hard edged dance rhythms.” In his 2007 book Triksta, Nik Cohn credits Magnolia Shorty with his own discovery of bounce, and the third chapter of that book is named after her debut album.

Magnolia Shorty was discovered by Birdman. She received her nickname from Soulja Slim, also known as Magnolia Slim, because both had grown up in New Orleans’ dangerous Magnolia Projects. Nicknamed “Queen of Bounce,” she collaborated with many Cash Money artists beginning in the 1990s, including Juvenile and Hot Boys. She was first featured on Juvenile’s 1997 song “3rd Ward Solja.” In 2009 she appeared at the SXSW music festival and won Best Bounce Song at the Underground Hip-Hop Awards in New Orleans. She was a member of Lil Wayne’s Cash Money crew in the early 1990s, and she was collaborating as well as working on her second album on the Cash Money/Young Money label in 2010.

She was married to Carl Bridgewater at the time of her death. She was shot and killed in a car with Jerome Hampton in a double homicide at the Georgetown of New Orleans apartments complex in the New Orleans East neighborhood of Edgelake. Police described the crime as a drive-by shooting. She was buried at Mount Olivet Cemetery in New Orleans.