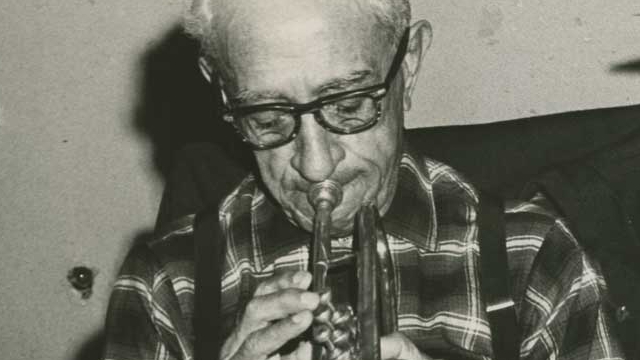 Peter Bocage (1887-1967) was born in Algiers, Louisiana, and began his musical career as a formally-trained violinist leading the Superior Orchestra, which included Bunk Johnson on cornet. He recorded as a cornetist with Armand Piron’s New Orleans Orchestra in 1923 but later returned to violin as leader of the Creole Serenaders in the 1940s. Bocage also worked extensively with brass bands such as The Onward in the 1910s and the Eureka in the 1960s.