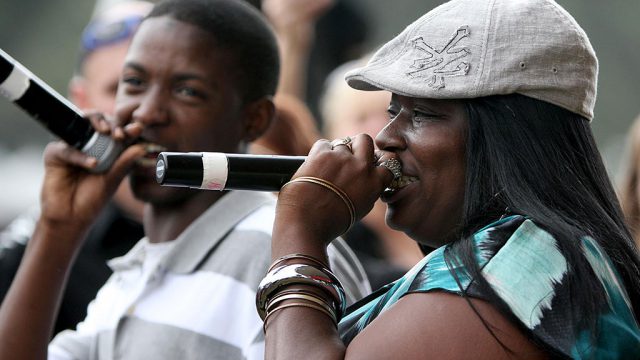 Angela Cheeky Blakk Woods is a popular local rapper from New Orleans. She began her career as a teenager, when she was involved with rapper Edgar Pimp Daddy Givens and had a child by him before his untimely violent death in 1994. That same year, she broke into the local scene with Twerk Something, which established her as a irrepressible and streetwise bounce rapper. She released her debut EP, Let Me Get That Outcha, with Mobo Records in 1994, then moved to Tombstone, where she released the now-classic F**k Bein’ Faithful in 1996. She has released several other albums, including classic “second line” material with the Rebirth Brass Band in the song Pop That Pussy, featured on the 2000 Hot Venom CD.

After Cheeky and her family were displaced by Katrina to a number of places she has finally settled in Houston where she plans to continue to make music.