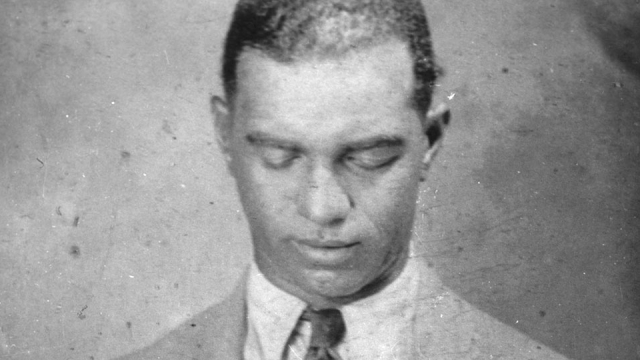 Multi-instrumentalist Wilbert Tillman (1898-1967) was born in New Orleans and was a cousin of John Casimir, a founder of the Young Tuxedo Brass Band. Among the instruments Tillman played were flute, cornet, clarinet, tenor saxophone, alto saxophone, trumpet, string bass, and sousaphone. Over the course of a long career, Tillman performed with the Camelia, Eureka, and Young Tuxedo brass bands, but he did not take up brass bass until he joined the Eureka in the mid-1940s. In 1958 he recorded on sousaphone with the Young Tuxedo Brass Band for Atlantic Records, contributing substantially to the documentation of the New Orleans brass band tradition. During the 1960s he played at Preservation Hall with Billie and Dede Pierce and was also a mentor to the owner, Allan Jaffe, whom he tutored on brass bass.