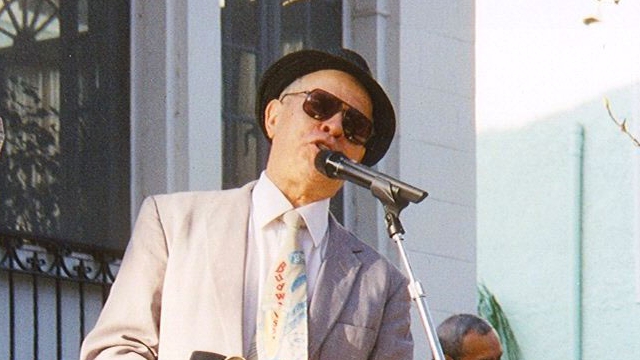 Moore grew up in New Orleans’ 8th Ward. He plays guitar and is the brother of the Creole scholar Sybil Kein.

He was active on the New Orleans R&B scene since his teens, and became a session man on many hit recordings of the late 1950s and the 1960s, including those by Allen Toussaint, Irma Thomas, Lee Dorsey, Ernie K-Doe, and others.

His band, the Ivories at New Orleans’ Dew Drop Inn, attracted an enthusiastic following, sometimes upstaging visiting national acts Moore was hired to open for. While highly regarded locally and by his fellow musicians, lack of hit records under his own name kept him from the national fame achieved by a number of his peers.

In 2000 Moore was inducted into the Louisiana Blues Hall of Fame.

He is featured in the documentary film Going Back to New Orleans: The Deacon John Film and the concert DVD, “Deacon John’s Jump Blues.”

As of 2006, he remains a local favorite on the New Orleans music scene. On July 25, 2006, Moore became president of the local branch of the American Federation of Musicians.

On April 10, 2007, Moore’s son, Keith was shot and killed at the age of 42 in New Orleans. Keith was locally famous in New Orleans as an ambient noise artist, and the founder of Noizefest, an alternative, modern addition to the Jazzfest festivities.

In January 2008, Deacon John was selected to close the Inauguration of Louisiana Governor Bobby Jindal by performing “God Bless America” with the 156th Army Band and a Navy fly-over of jets, and later headline the Governor’s Inuagural Ball.

In 2008, in ceremonies and performance in New Orleans at NOCCA, Deacon John was inducted into The Louisiana Music Hall of Fame.