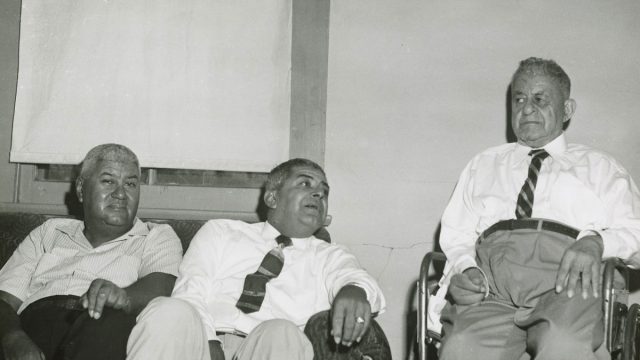 Born in New Orleans, the clarinetist Willie J. Humphrey (1900-1994) and the trumpeter Percy Humphrey (1905-1995) were the grandsons of James Brown Humphrey, a noted itinerant music teacher who travelled the plantation circuit throughout Plaquemines and surrounding parishes. Willie J. Humphrey left New Orleans and performed with King Oliver and Freddie Keppard in Chicago in 1919-20, came home to work with Henry “Kid” Rena, then joined Dewey Jackson’s Peacock Orchestra in St. Louis in 1926 before touring with Lucky Millinder’s big band in the 1930s. Percy Humphrey remained in New Orleans and became a long-term member and eventually leader of the Eureka Brass Band (in 1947), maintaining that position until the Eureka disbanded in 1975. In the 1970s, the brothers worked together and became internationally celebrated as the mainstays of the Preservation Hall Jazz Band.