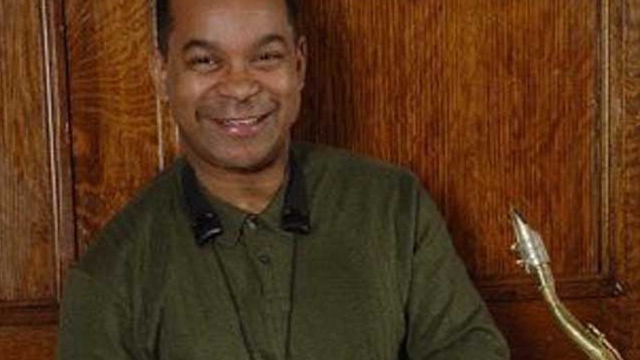 Victor Goines (born 1961 in New Orleans, Louisiana) is a jazz saxophonist and clarinetist who received his Masters in Music at Virginia Commonwealth University. Goines is the director of jazz studies at the Bienen School of Music at Northwestern University. He previously served as first artistic director of the Juilliard School’s jazz program from 2000 until 2007. He has been a member of the Jazz at Lincoln Center Orchestra and the Wynton Marsalis Septet since 1993. Goines has collaborated with such artists as Terence Blanchard, Dee Dee Bridgewater, Ruth Brown, Ray Charles, Bo Diddley, Bob Dylan, Dizzy Gillespie, Freddie Green, Lionel Hampton, Freddie Hubbard, B.B. King, Lenny Kravitz, Branford Marsalis, Ellis Marsalis, James Moody, Dianne Reeves, Marcus Roberts, Diana Ross and Stevie Wonder. He has performed on more than 20 recordings, including the soundtracks for three Ken Burns documentaries and the films Undercover Blues, When Night Falls on Manhattan, and Rosewood. He composed more than 50 original works, including Jazz at Lincoln Center commissions. He has also served on the faculties of Florida A&M University, University of New Orleans, Loyola University of New Orleans, and Xavier University of Louisiana. Goines is an artist for Conn-Selmer and Vandoren. He is a member of the Jazz at Lincoln Center Orchestra.