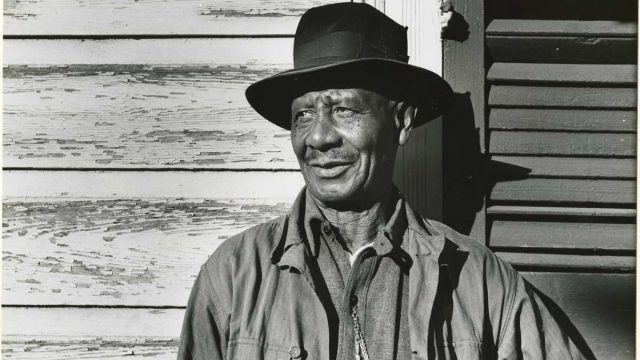 Born in Belle Chasse, Louisiana, guitarist, violinist, and trumpeter Tom Albert (1877-1969) began his musical career working with the jazz band of violinist Johnny Gould, with “Big Eye” Louis Nelson Dellile on clarinet. He bought his first cornet from Norman Manetta, the uncle of Manuel Manetta, and from 1909 he led his own jazz bands. In 1920 he was also a founding member of the Eureka Brass Band. In later years Albert played with Kid Howard and Papa Celestin before retiring in 1949 after more than four decades of musical activity.