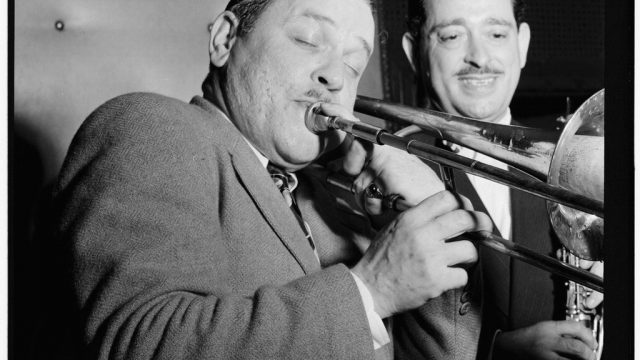 Georg Brunis Interview (6/3/1958): The jazz trombonist George Clarence Brunies (1902-1974) was one of five musical brothers. He was self-taught and came up in Jack Laine’s Reliance Bands before leaving New Orleans in 1920. He is best known for his seminal recordings with the New Orleans Rhythm Kings (1922-24) and for performances with small combos in New York during the 1930s and 40s, then in Chicago during the 1950s and 60s. At the advice of a numerologist, he changed his name to Georg Brunis.