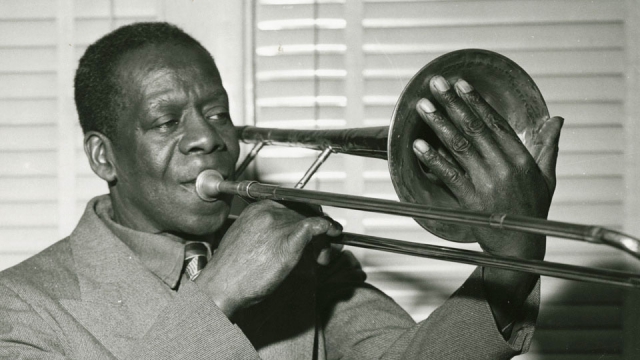 Trombonist Roy Palmer (1892-1963) was born in New Orleans and began playing music as a guitarist in 1906. Before 1917, when he moved to Chicago, he worked as a trombonist with Richard M. Jones, Freddie Keppard, and Willie Hightower, as well the Tuxedo and Onward brass bands. In Chicago he performed with Lawrence Duhe, King Oliver, and Freddie Keppard, then with Doc Cook’s Orchestra in 1923. In 1924 he recodred with Jelly Roll Morton, with Johnny Dodds in 1927, with Ida Cox in 1929, and with the State Street Ramblers in 1931. During the Depression he curtailed performing and taught music, including Preston Jackson and Albert Wynn as students.