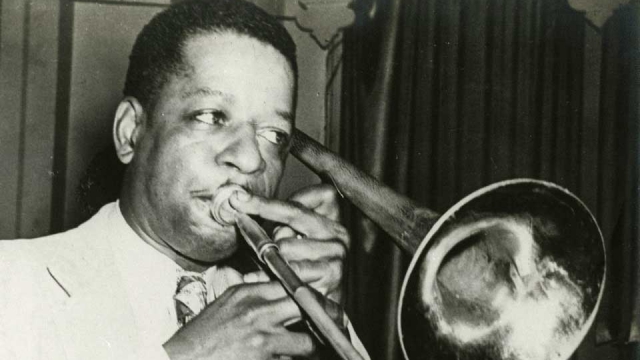 Trombonist Preston Jackson (1902-1983) was born in New Orleans as James Preston McDonald but adopted the surname of his stepfather. He moved to Chicago in 1917, where he first recorded as a leader for the Paramount label in 1926, but most of his career was spent as a sideman. In the early 1930s he worked with Louis Armstrong’s Orchestra, and then later played with clarinetist Jimmie Noone, trumpeter Roy Eldridge, and clarinetist Johnny Dodds. He performed and recorded with Lil Hardin Armstrong 1959-61 and toured Europe with the Kid Thomas Valentine and the New Orleans Joymakers in the 1970s.