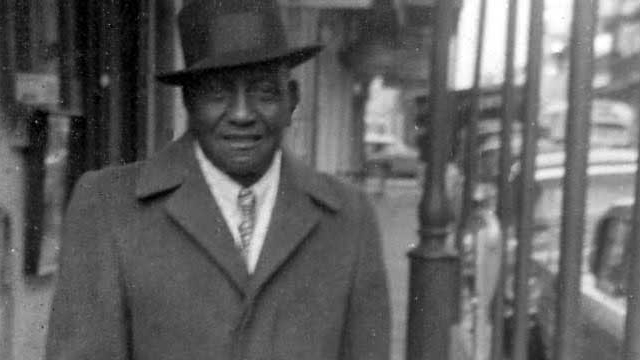 Jazz and blues trumpet player Kid Thomas Valentine (1896-1987) was born in Reserve, Louisiana, in St. John the Baptist parish. His father was a trumpeter with the Pickwick Brass Band, which Thomas joined when he was 14. By 1923 Thomas had relocated to Algiers, Louisiana, across the Mississippi River from the French Quarter, and began working professionally with banjoist Elton Theodore’s band. In the 1930s he was leading his own bands and was first recorded in 1951. From 1961 Kid Thomas was also the leader of one of several Preservation Hall Jazz Bands. He continued to perform in New Orleans, tour internationally, and record with his Algiers Stompers into the 1980s.