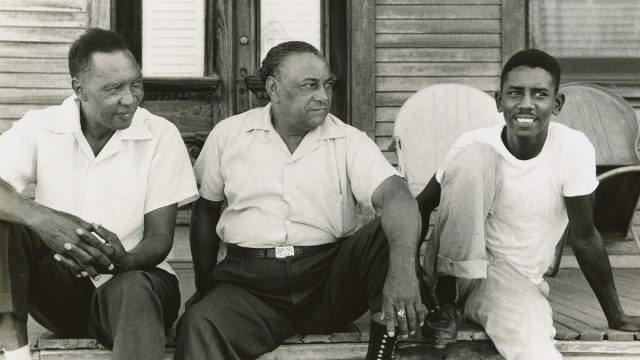 The nephew of Nathan “Jim” Robinson, Plaquemines-born bassist and violinist Sidney “Jim Little” Brown (1894-1968) developed a propulsive “slap-style” bass technique that animates the recordings made by Sam Morgan’s Jazz Band in New Orleans in 1927. Before Sam Morgan, Brown worked with the Golden Leaf Band in 1919 and the Young Morgan Band in 1922. In the 1930s he played tuba with the Tuxedo Brass Band and in the 1940s and 50s worked with Celestin’s Tuxedo Jazz Orchestra.